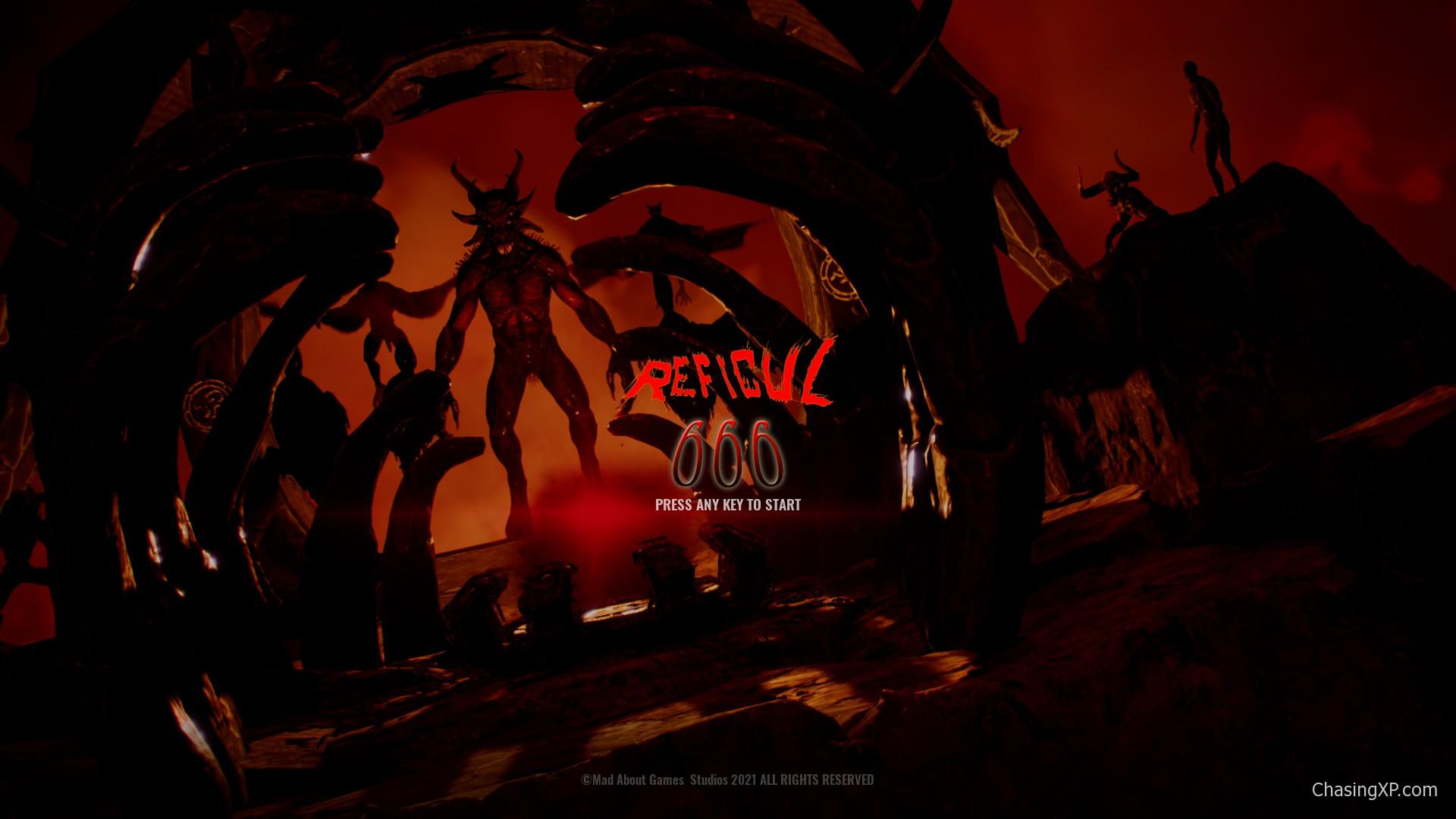 Mood is required for this one – Lights out… Headphones on… It’s time for some horror.

Reficul 666 is a survival horror game from MAG Studios, who seem to specialise in this genre. Taken as an FPS, there is something sweeping the globe as night falls and it is knocking out all communications. You are going to be on your own, in your little part of town, attempting to meet your friends and trying to survive the nights’ terrors.

Snug in the safety of your house is where you begin your journey to survive, but it just so happens that a portal that leads to the demon lair is in your town, wouldn’t you know it.

“Alexa, How Does My Day Look?”

Pals have left notes to meet you and a local priest has apparently been preparing, so you had best get ready…these things always come down to you to solve. You are armed with a torch, pistol and lighter and you are sent on something of a linear adventure to navigate.

Live observations at the movies reveal that you should not show the monster too soon. Part of the terror is the build up. The horror movie The Descent did this very well. Sometimes the reveal is a disappointment, sometimes not. It’s a fine line in horror between getting it right and making it naff; Reficul 666 does it right. By placing the character in constant darkness save for the direction of the torchlight or the dim holy glow of the bible most of the surroundings are hidden and you can never be sure of what or where something is unless you are looking at it and when you do catch sight of a demon or a shadow it works.

Was it different when the boss demon appears at the end? No, you can’t see him clearly unless you direct your torch right at him. And what a great job the dev has done on him, he looks like a terrifying version of Dave Grohl’s devil.

Reficul 666 does a great job of making your skin freeze. They have incorporated a whispering of demons that increases in volume when you are near them; a nice warning mechanic, but also one that builds tension very well. When the whispering about dragging you into the darkness begins, it drives your anxiety levels up and the heart rate rises, then racing up to you are some shadowy demons and terror overtakes you entirely for a moment.

Peek through your fingers, I am not exaggerating. It is not a jump scare, it’s just an excellent user of tension and delivery. No matter how long I played the game and even when I carried a Holy Bible that would shock the approaching demons out of the way, it still made the hairs stand up momentarily, each time one glided towards me round a corner.

Maps are good and it has a relatively tight open world environment, unfortunately this is where most of the positives end for Reficul 666. It’s all a little dated graphically, there is little to no interaction with the environment beyond opening doors. The game has almost no colliders at all. Kick a box to reveal a key, knock a chair or a glass of alcohol over, make it smash, start a fire; these are things that make a gameworld feel alive and also provide other opportunities for gameplay.

Step into these rooms and sadly there is none of this here, plenty of areas are just rooms with boxes or a bed in and serve no purpose. There’s too much of this and you quickly learn that investigating this world serves little purpose despite it being possible to enter many of these houses.

Into The Catacombs, I Presume?

Repaid by understanding this you are left with a linear adventure where you follow notes from one empty house to another until you eventually transport to the catacombs of the demon. It is a little uninspiring, but the catacombs level is planned better and has a decent feel to it, despite still suffering from looking good but having too little interaction.

Raw music sound is virtually non-existent, it’s just the murmurings of the satanic shadows that stalk you. Most of the time the only other thing I could hear were my clogs snapping heavily on the metal road. At least that’s what they sounded like I was wearing. Perhaps the whispers are all you need in a horror game, but I think people underestimate the subconscious addition sound done well can give a game and there are probably opportunities here.

Reficul 666 is listed as being in early access and indeed many of these issues could be developed and improved if early access goes well. The issue here is that Reficul 666 is a repackaging of an earlier effort called Reficul VR which was effectively the same game published back in 2018. There have been some improvements since then, but they are minor and cosmetic.

Peek at the core design and mechanics of the gamed and they are pretty much the same and it lacks depth. It needs a clear outline of what it hopes to become and a developer log that tracks progress to have confidence to part with what is a relatively high price for the current available material.

It’s Not All Bad

Now, there are actually lots of places Reficul could go from here to become a good game. You could have safe houses that you need to secure, perhaps some base building elements, meeting some of your other friends could be good, especially if their character is developed and they then get killed. All sorts of things here have potential, but one thing is certain it needs more of something.

Reficul 666 does have one hell of an atmosphere, but it needs to develop and finish well. Available on Steam in Early Access, you’ll get about an hour or two out of Reficul 666, but it is a long way from justifying the price point in current form.

Of course in another form Reficul 666 read backwards spells something else – Lucifer. Like the first word in every paragraph you just read.