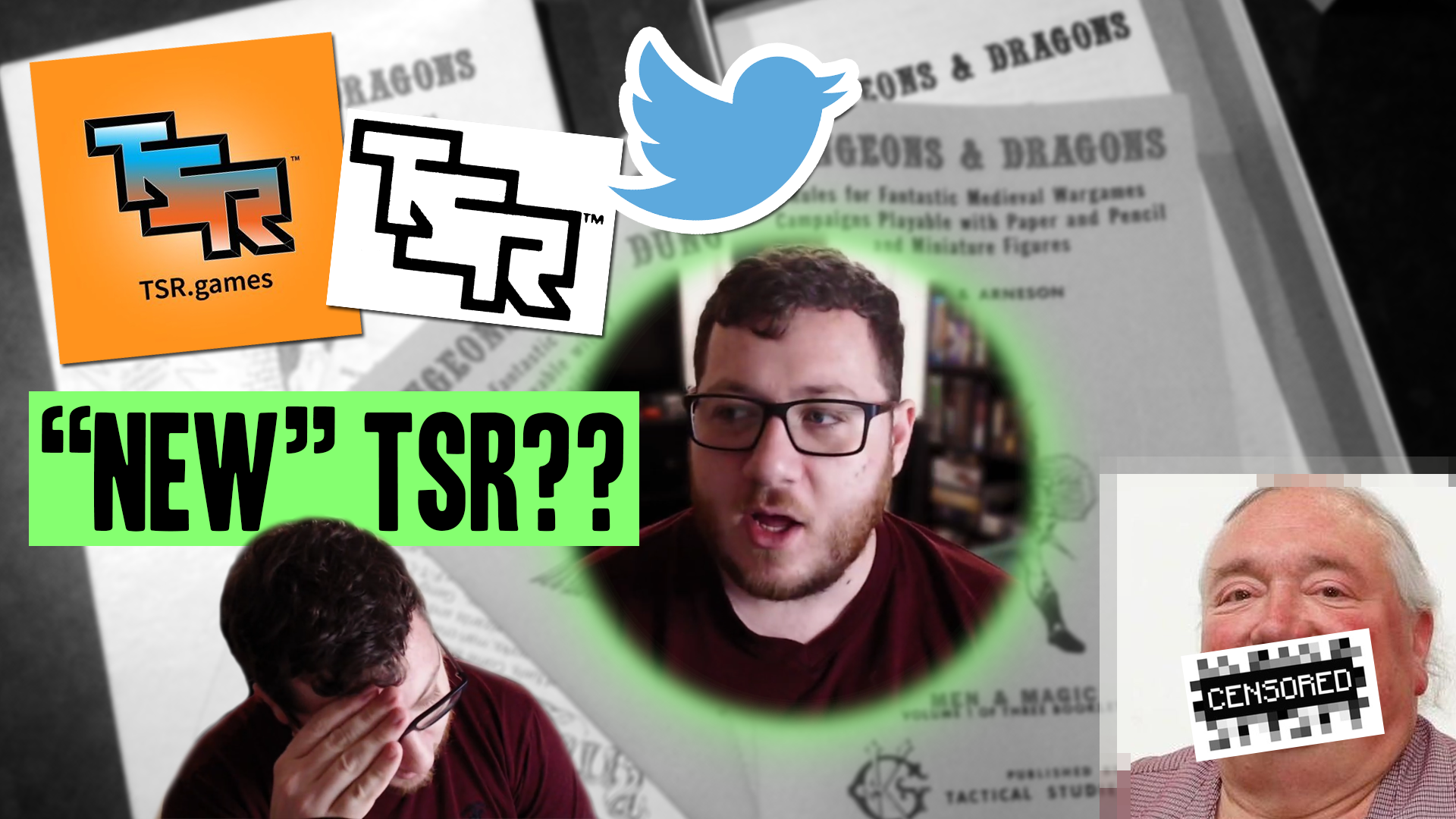 The “New” TSR Controversy And Other Adventures

There’s been a lot of hubbub in the tabletop RPG world in the last few days. Twitter is stacked full to the brim with TSR controversy, bigotry backlash and claims of gatekeeping.

With the announcement of a new TSR and some questionable words of the new owner Ernie Gygax, son of the late and great Gary Gygax (the father of Dungeons and Dragons, and the original TSR), alienating the entire LGBTQ community in one fell swoop.

But what, or who, even are TSR?

The formation of TSR

Gary Gygax and Don Kaye come together to form a publishing company to publish a role-playing game called Dungeons and Dragons. This company would be known as Tactical Studies Rules, aka TSR, and would go on to publish several games over the years.

Business was booming, and in 1975 they would create a separate company called TSR Hobbies Inc. to market more games, including the famous Dungeons & Dragons Basic Kit as well as Advanced Dungeons & Dragons, and even Gen Con, one of the largest tabletop and board game conventions in the world.

Now I do want to mention that by 1983 there were now five TSR’s under one umbrella, and I can’t seem to figure out where one ends and another begins, so let’s assume they are all one massive TSR conglomorate.

Gygax leaves to Hollywood to market Dungeons and Dragons as a license and ends up doing pretty well, publishing new D&D settings like Dragonlance and Oriental Adventures (yikes).

When Gygax returned to home base upon the rumors that someone was trying to sell the company, causing some legal troubles and the majority of the company being sold to Lorraine Williams.

Over the course of the next decade or so, TSR would go on to be incredibly successful and release some of the most impactful RPGs and fantasy settings to ever hit kitchen tables.

But, as most things do, financial troubles hit again and TSR was eventually sold to Wizards of the Coast in 1997, who was then bought by Hasbro.

Fast forward to 2011, a dude named Jayson Elliot discovered that the TSR trademark had expired, and snatched it up. He wanted to launch it as a new company, with some assistance from Gygax’s sons Luke and Ernie, as well as other original contributors from the past.

Fast forward again to 2016 and TSR is in trouble with Gary Gygax’s widow Gail, who had a trademark dispute with TSR and Gary’s two sons. The company is still in operation, though they don’t publish much these days.

Now, we timeskip again to the present day: A press release comes out from TSR.games that TSR is Back – With the original logo, and even the original shop that TSR was run out of back in the day, all run by Ernie Gygax as Executive VP.

So today, in the year of our lord 2021, there are now TSRGames.com and TSR.Games.

Why does this matter? Well, it really didn’t matter all that much until Ernie sat down with the Youtube channel Live from the Bunker to talk about it all.

In this interview, Ernie would go to explain the history of TSR, the reason they formed the new company (hint: because they could), and their first project, Giantlands.

And then he said the bad stuff.

Now, I want to pause to mention that some of this stuff is probably not the worst things you’ve ever heard, but there is a very real issue with the “old guard” of the RPG world being pretty unwilling to move on with the times and be accepting of the LGBTQ community, as well as some pretty dicey racism stances. They can think of rich fantasy worlds, but two dudes kissing apparently is too much for them.

This is not, has not, and will never be what the true RPG community is like. It is a warm, wonderful, and accepting of all people in the world, regardless of your race, identity, religion, or sexual preference.

And there’s no excuse for this kind of behavior.

So, when asked about Wizards of the Coast, who are the current owners of the Dungeons & Dragons brand?

Ernie replies “They just took as all corporate raiders do the treasures and then tried to make them their own. American Indians did the same thing they would, um, wipe out another tribe many times take the women and children and murder off everything else and leave to make your tribe that much better, room to grow.”

And when asked why a new TSR needed to exist, he said:

“TSR has been gone. There’s a ton of artists and game designers and people that play….. and recently they were dissed for being old-fashioned, possibly anti modern trends, and enforcing, or even having the concepts of gender identity (laughs).”

Funnily enough, shortly after all of this went out into the internet, TSR’s twitter account quickly responded to the defense of “we don’t follow Ernie’s words” and “everyone is invited to our tables”, but Twitter quickly lashed back with some fun stories about Gary and other former TSR collaborators being bigots on the internet. And TSR doing some weird tweets.

And here I sit, an avid lover of Tabletop RPGs, staring at this bizarre mess of a situation, being glad that Wizards of the Coast is at least trying to make an attempt to be more welcoming, and distancing themselves from the original generation of tabletop gamers. Although, they really aren’t doing that great either, but that’s a story for another time.

In short, you are always welcome to play any tabletop RPG you like. You are welcomed, you are loved, and you are wanted. Regardless of your race, religion, sexual preference, pronouns, you are welcome.