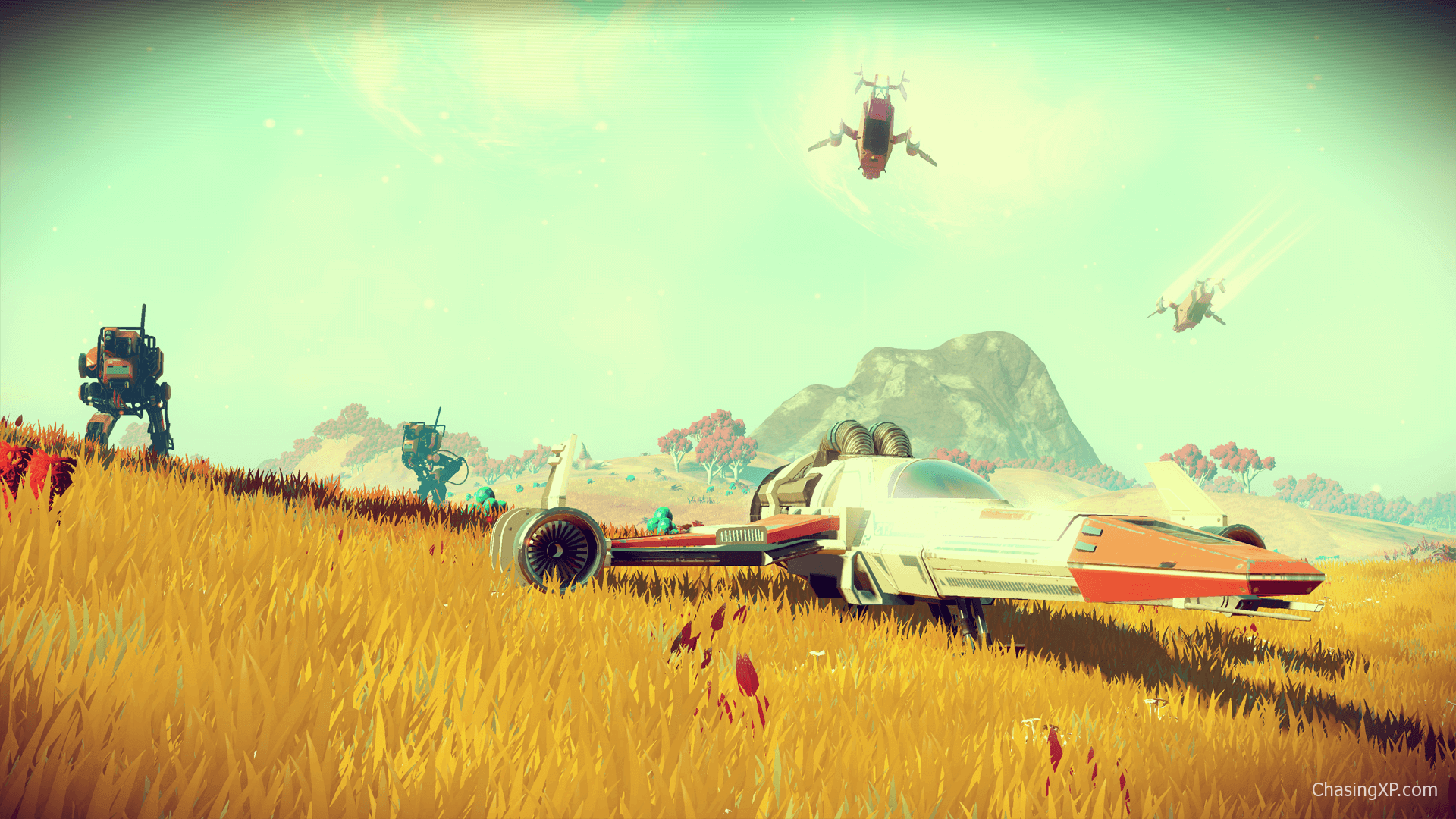 No Man’s Sky has probably one of the most notorious launches for a new game of the last decade. Soaring on hype, the game failed to deliver on almost everything, leaving gamers crushed with buyer’s remorse.

Now, over four years after the initial release of the game (and several large, free updates), is it worth playing after all this time?

The core gameplay loop for No Man’s Sky is the same as many other survival/exploration-based games in the genre. You’re a person, in a world, and you harvest resources to build a base, upgrade your character to explore farther, and fight increasingly tougher enemies.

One of the biggest reasons why I could never truly get into Minecraft and its kin was exploration.

The different biomes were neat, but they didn’t make me inclined to stick around if I didn’t immediately find resources or points of interest. Especially for Minecraft’s sake, most of the game is spent underground anyway, making the change in biomes hardly noticeable.

With No Man’s Sky, you’re instead greeted with the same key resources on almost all planets. Some planets will not have these resources in abundance, which means you may have to stock up and come prepared for some planets.

These planets are completely procedurally generated, while they may still fall under similar biomes to other games, they end up being completely unique every time.

Between zooming from planet to planet, harvesting resources, and building bases across the galaxy, you’ve still got to explore space as well.

Space Stations serve as trading hubs between you and the local system’s economy, with different prices being offered depending on where you are. Here you’ll meet the three prominent races of the galaxy, learning their language to communicate, trading resources, unlocking new technology, and even buying better starships.

Environments That Leave You Breathless

Space – that is where the game truly shines in the graphics department.

Seeing these vibrant, colorful worlds in different systems and configurations often leaves you breathless. Systems with multiple stars, ringed planets like Saturn, even the sheer size and closeness of planets offer awe-inspiring views that can’t be replicated in other games.

However, survival games such as these always fall into the same issue: Is the core gameplay loop enough to keep you entertained?

Just like Minecraft, the core of the game resides around harvesting resources, exploring new places, maybe building a base, and then going to another planet and repeating this cycle. No Man’s Sky offers some breaks to this via space travel, missions, managing your fleet of ships as you travel system to system.

And The Bad News?

The game doesn’t come without any faults, however.

No Man’s Sky has a fairly unimpressive story, which isn’t unlike other games in the same genre. Games like these offer little in the plot department, and instead opt for players to forge their own stories through their experiences while playing and exploring the game.

Gameplay gets repetitive as well, especially if you have bad luck and end up seeing similar planets in each system you jump to – which really ruins immersion when you’ve seen six Acidic planets in your last three jumps. This may be a personal beef though, as I don’t intend to land on every planet I see as other players may.

My final gripe with the game is the lack of difficult combat. The primary “enemy” of the game, Sentinels, are pretty dumb enemies. They offer little challenge after a certain point, and just attack in endless waves if you don’t actively run and hide from them to drop your “wanted level”.

All in all, the game has little to offer for downsides if you are already a veteran of the genre. There may be some struggles in Multiplayer that I’m not aware of, as I have only played solo so far.

For me, I’ve never been more hooked in a game of this genre. I’ve already dumped over 70 hours into the game, including a 3 hour stream. The game continues to offer new free updates every few months, which keeps players like me anticipating what comes next.

Would I recommend the game? Absolutely.