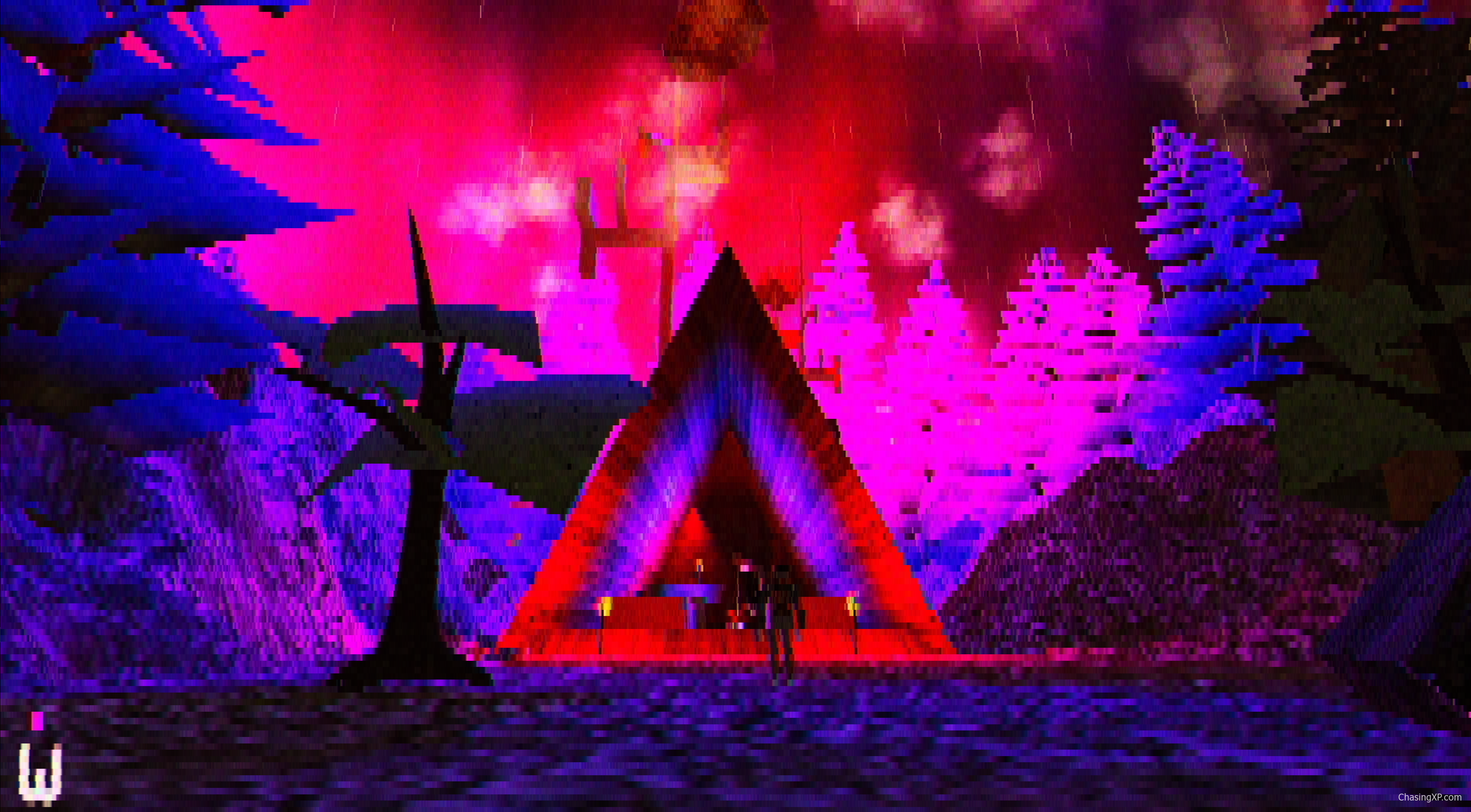 To start this Black Iris review, I must preface by saying at first it feels like I’ve clicked the wrong link… that I’m not paying attention somehow, because I think I am viewing one of the shortlist finalists for a major Art award at the National Gallery.

The game has a stuttering whirr of noise behind it at times, rather like the time you stuck a peg in the spokes of your bike wheel as a kid to make it sound like a Ducati and it includes some short silent black and white videos of time speeded bacteria growing across a petri dish.

You know the sort of art I’m talking about.

The opening titles are disconcerting Blair Witch Project style shaky close ups of trees and foxgloves in the woods and all of this builds a sense of tension at the start.

But no, all is well, I have indeed downloaded The Black Iris, developed by Arboreta Games. I say all is well, but in fact the premise of the game is quite the opposite.

You play an engineer tasked with shutting down some research stations in the woods (it’s always the remote woods isn’t it) in North Eastern Scotland, with all of the workers disappeared or dead.

You can tackle things in any order and the pixilated graphics are made to lend themselves to the theme, at times making me feel like I am reliving the last 15 minutes of 2001: A Space Odyssey, with it’s disorienting, psychedelic presentation. This works well in creating a world blistering between the normal and some chaotic otherverse.

The Black Iris is a third person, over the shoulder supernatural horror adventure game drawing heavy influence from movies like Beyond the Black Rainbow; where black irises play a significant part in the movie and the setting for all the terribleness of the film is a research facility called Arborea, clearly where the developers here get their name from.

Another inspiration appears to be a similar horror movie, The Void where they take the triangular shape prevalent in that movie and make it look like the Pyramid stage at Glastonbury, but in fact it turns out to be a Church to a new lunatic cult for sacrifice of the individual…wait it is Glastonbury.

In any case horror references abound in the game design, the chaotic mind-altering focus around the sphere in Event horizon is another and the developers do achieve their aim of making a credible interesting take on it.

Most of the Black Iris reviews I skimmed through have missed the way this game is balanced. Sure there are flaws; the graphics are blocky and there are moments when you inexplicably pass through walls of buildings and the entry to buildings instantly rotates the camera view but not the movement controls making for some stuttering to the play, but they get so much right.

Diversions, delay and misdirection to your mission, an ability to interact with your environment and you need to in order to progress. There are empty bottles lying on the floor of some buildings for no other reason that you can knock them when you walk and the noise makes you stop to look at what happened; mist emerges from a door when you open it, for no other reason than to try and add atmosphere.

These little things are painstaking to construct, but elevate the game beyond what might have been a simple linear adventure. Why make your life more difficult than all of the above by deciding it should also be set in the rain? Because it matters and recognizing all these things matter to convincing world building and drawing the player in, is a mark of good development.

One of the best things about The Black Iris is the score; it matches the feel of the game perfectly, with the sinister, suspenseful and uncomfortable rattling and the sound of wind and rain, it all adds to the experience.

The game has been regularly patched and improved since its release; there are plans for controller use to be added and the developers are keen responders to feedback. So go join the nearly 4000 other people who have downloaded this in the first two weeks since it dropped on Itch.io.

Black Iris is the first ever game developed by Arboreta and considering that it is a marvelous achievement and I can’t wait to see what they do next. You will get about 30-40 minutes play out of this and the best bit? The developers will let you have the game for free; but they ask you to consider paying what you like for it. Here it is worth pointing out to you that all of the profit after Itch.io gets its 10% will go to their local food bank in West Dunbartonshire.

Take my word for it, you won’t be disappointed if you pay the suggested amount to be taken on this short trippy adventure. And it’s better modern Art than you’d see for more money in any Gallery, so really you’re winning.