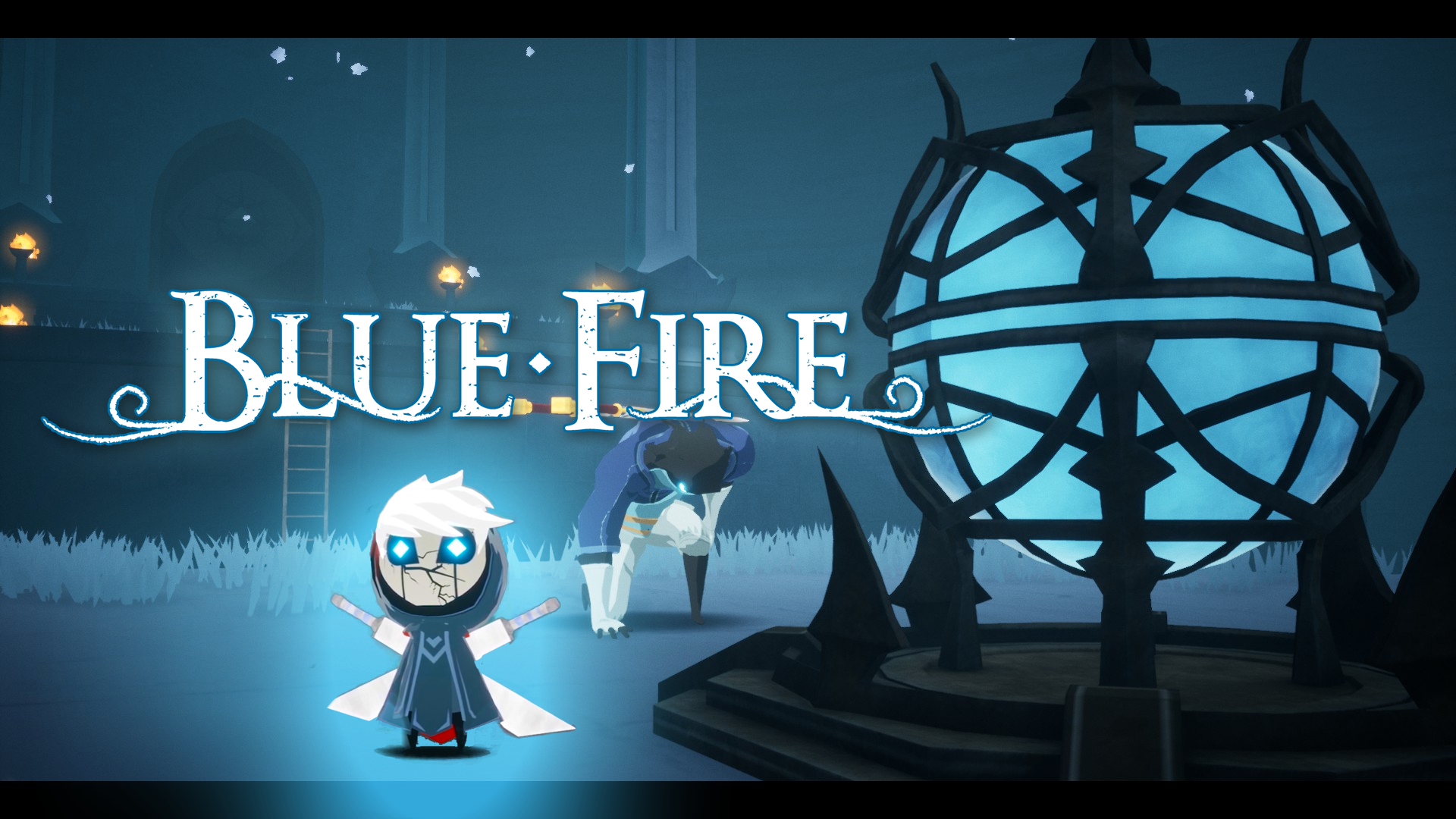 Blue Fire: A Dim Flame in a Dark World

The golden age of 3D platformers has long since passed on, with only a few straggling titles aiming to fill the void of the classing collect-a-thon exploration games. While Blue Fire is decidedly NOT one of those games, it definitely reminds me of them, if only a little bit.

Blue Fire is Robi Studio’s first game, where you play as a mysterious warrior in the land of Penumbra. You are destined to do….something and then it’s off to the races as you’re dumped into the large open rooms of the game to hop, skip, and jump your way around this world.

One of the first things that stuck out to me is the lack of storytelling. Coming hot of the heels of my first playthrough of Hollow Knight, the world of Penumbra feels empty and bland. The world itself is beautiful and some regions feel huge and imposing, but there is a distinct lack of ambiance in the world.

There’s also very little direction provided, whether it’s narratively or gameplay wise. The story isn’t very well explained, aside from your usual “chosen warrior that finally woke up” trope, which I wouldn’t mind if the game gave me any context clues beyond that. There’s even an NPC that doesn’t know who you are but “knows you are the one he’s been waiting for” and gives no further explanation.

The areas lack detail and character, as there’s no theming to tell them apart. The first area has some bookshelves and statues, but there’s little explanation as to what the area is or used to be. Was this a library? Why are there statues of guys doing emotes (and why do they matter)? Why does only this one room have furniture? That room has a map and a statue, but you’re telling me the map is unreadable. What’s the point?

Hollow Knight’s distinct areas make you feel as if you’re in a new area. The lighting and music shift, the enemies may change, and the terrain changes as you progress. Life scuttles around in front of the camera and deep behind you, birds fly away as you approach, giving you a sense that you’re only in a small part of a large world.

Level design is something I felt was very wishy-washy. In the Void areas (which are optional challenging platforming sections that reward you with extra health upon completion), platforming was tight and required some skill to navigate. I loved these sections, and they were pretty frequent. Even the first “dungeon”, where you unlock the ability to run and jump off of walls, was pretty dynamic and interesting, although there wasn’t any sort of puzzles to make it challenging.

The overworld, however, was fairly bland and linear. Either the area was linear with little to nothing to explore, or the smaller side areas offered almost nothing beyond items that the game doesn’t tell you what to do with (I later found out you’re supposed to sell them in the main city, but I never even saw an NPC to sell from).

Some areas just had questionable design choices, which made me confused and a little frustrated to deal with.

For example, to enter the first dungeon of the game, you have to climb a series of ladders to flip a switch and unlock the door. Sure. No problem. Flip the switch, drop down, jump from the platform to the dungeon entrance and voila: you’re in.

If you want to jump from the entrance back to that platform, you can’t. It’s barely out of reach with your dash, so you have to instead jump and dash to a much lower platform, climb some ladders, and then jump back to that platform. Maybe I’m just not properly timing my jump, but I felt that it was impossible.

Entering the first city in the game, the terrain definitely changed but the area felt just as empty as the previous ones. A distinct lack of ambient life made the areas feel dull and forgettable. Even if there was something as simple as rats scuttling around in this broken world would make all the difference.

It’s a true shame that the level design wasn’t consistent, because the platforming felt very tight and well done. You can tell that Robi Studios spent a lot of time working on making platforming feel right, but the game just doesn’t get to stay consistent with it.

Slashing and Hacking Away

Blue Fire is not only a platforming game, but is also an action game. You get to hack, slash, and even cast spells as you challenge the strange looking creatures of Penumbra. Attacking and blocking (or parrying) feels great, and the animations are smooth.

But enemies attack in predictable, stiff patterns that I never had a struggle with. Enemies with swords have slow, simple attacks that are easy to dodge out of the way, and you attack so much faster than they do that combat doesn’t often last very long. Paired with a distinct lack of enemies in the world, combat is almost a non-issue. One monster every few platforms doesn’t make me feel challenged in the slightest.

There are even some rooms where you’re locked in, Legend of Zelda style, to defeat some enemies and unlock a chest. But the game just spawns two enemies, and that’s it. Too easy to dodge and there’s very little on the line.

Blue Fire has a distinct visual appeal that is what originally hooked me. Paired with the vibes of a Hollow Knight-like Metroidvania in a 3D Legend of Zelda type world, I was sold from the start. But the game feels like it was split too far down the middle and missed the best parts of both of those games: Exploration, Storytelling, and combat. If Blue Fire had stuck to a more traditional 3D platformer and focused on a larger platforming game, that would have been killer. Or, if it had gotten deeper into the Metroidvania roots and added some more challenging combat, maybe I would have been more satisfied.

I don’t really want to recommend Blue Fire unless you’re really captured by the visuals and want a similar vein to Hollow Knight before Silksong releases. For me, I’ll probably wait. But I will 100% keep an eye out for whatever comes next from Robi Studios, because they’re definitely a studio to keep an eye on.