Nintendo has a weird way of showing off its recent works in the Switch era. On the one hand, you have astronomically hyped projects getting mentioned and then not seeing the light of day (Metroid Prime 4, cough cough). Then you have things like Paper Mario: The Origami King coming out of nowhere on a random day of the 2020 pandemic.

It’s advertising decisions like these that make me enjoy what the publisher has in store, and their Nintendo Direct presentations have taken off since 2017. I was wondering why Nintendo didn’t make their mark during “Not E3” week, but after seeing what the Nintendo Direct Mini: Partner Showcase offered… I think they just wanted to give Sony some breathing room before inundating us with announcements.

The Nintendo Direct June 2022 Will Not be Televised

What surprised me was that the Nintendo Direct Mini wasn’t a live premiere; rather, it was a scheduled upload that was delivered all at once. While content creators were frantically scrubbing the video to cover announcements first, it was also in stark contrast to the recent livestreaming events we had in the past month with the Summer Game Fest. The company’s trying something new, and I respect that.

Nintendo’s gonna Nintendo, after all.

It seems like Capcom wants a piece of gaming glory, as it was the company that opened for this month’s Sony State of Play and the June 2022 Nintendo Direct.

Of course, we all knew that Monster Hunter Rise’s expansion Sunbreak was coming soon, but this was a great look at what’s in store for players that have grinded in the original game. An extensive roadmap and pre-order details were announced, making for a meaty inside look.

I’m excited to see what Capcom does in the future, and with their support of Switch in the past few years, I can’t wait to see what’s next. (Perhaps a Nintendo version of Street Fighter VI? Pushing my luck here.)

As the name suggests, we got more third-party reveals with the Nintendo Direct Mini: Partner Showcase. We FINALLY got more details about Mario + Rabbids Sparks of Hope, which looks like it’s going to be a magnitude greater than its predecessor. The strategy game will feature more units, zany antics, and the ability to recruit Bowser. Considering this title was announced quite a while ago, I’m glad we’re getting more concrete details about the game.

Speaking of more concrete details, who would have guessed that we would get a fleshed-out look at Sonic Frontiers here?

I’m personally fine with 3D Sonic games, but after the initial footage of Frontiers, I was as skeptical as the last Sonic fan. However, the Nintendo Direct Mini assured me this game will be better than the previous previews have shown, with tighter combat mechanics and a lengthier look at the graphics engine.

I still don’t think it’s screaming GOTY right now, but at least it’s shaping up to be an entertaining Sonic game.

Room for the Little Guy

Of course, I would be remiss if I didn’t talk about the indies in the Nintendo Direct Mini!

Lorelei and the Laser Eyes, and Blanc, had contrasting black & white aesthetics that helped separate themselves from the rest of the announcements, with some excellent puzzle mechanics that will make for a relaxing experience.

Little Noah: Scion of Paradise looks like a beautiful surprise shadow release that will scratch the itch of roguelike fans, and RAILGRADE is just the thing for vehicle simulator fans to sink their teeth into.

And while it was only a few seconds of footage, Captain Velvet Meteor: The Jump+ Dimensions is on my radar, if only because I would pre-order any game with Spy X Family and Kaiju No. 8 in it.

While I would be hesitant to call it indie, Portal: Companion Collection was an instant download for me (seriously, I purchased it right after the showcase was over). I can’t believe this duo of puzzle games has not been available on current-gen consoles until now (as a Switch exclusive for the time being, too!). I implore everyone to pick it up if they can. It’s only $19.99 right now, and I would definitely pay that price for the first Portal alone; it’s that good.

All I know is I’m happy that I’ll be able to play Nier Automata on the go with The End of the YoRHa Edition (and at a cheaper price for the physical to boot!) Pac-Man World Re-Pac will be a reimagining of the first Pac-Man World title (which, coincidentally enough, is the one I skipped). At $29.99, it’s cheap enough to pre-order as an impulse buy.

I’ll definitely mourn the loss of Ms. Pac-Man, though…

However, the announcements of Super Bomberman R 2 and Mega Man Battle Network Legacy Collection really had me crying tears of gamer joy. Seeing new installments of two of my favorite childhood series in succession was just too much for my heart to handle.

I’m probably one of the only people still playing the excellent but underrated Super Bomberman R Online, so hearing that game shutting down made me sad…

Until the announcement that R 2 would have the Battle 64 mode included in the package, making the loss a little easier to swallow.

The fact that we would get an announcement of all 10 Mega Man Battle Network games in one package with no clue beforehand was shocking. It’s announcements like these that make me feel like a kid on Christmas morning. In my eyes, Nintendo had already won my heart…

But they were already set to steal it.

A Last Surprise: Living With Determination in the Backside of the TV

Okay, blame me for shoehorning Persona music tracks in that last header. Still, it feels like the Nintendo Direct Mini mirrored the Sony State of Play in more ways than one: Closing with an update for a highly anticipated JRPG series.

While Sony got Final Fantasy XVI details, we finally got the news that Persona 3 Portable, Persona 4 Golden, and Persona 5 Royal were heading to the Switch and other consoles! While I haven’t played Persona 5 yet (gasp!), I can vouch for P3 and P4 as excellent turn-based RPGs that are perfect on the go.

I mean, considering the former titles were available on PlayStation handhelds, it’s a no-brainer that they would fit perfectly on the Switch. I’m also shocked that Persona 5 Royal can run natively on the handheld (and the fact we’re getting a port of a PS4 game rather than the vanilla PS3 version). Square Enix, you done goofed with the Kingdom Hearts titles on Switch (and this is coming from a Stadia stan).

In a way, the Sony State of Play and the Nintendo Direct June 2022 were similar in their announcements: Chock-full of AAA and indie titles with some fan favorites and shocking surprises to boot.

There was so much in the Nintendo Direct Mini that I didn’t even cover all the announcements in the latter! (Sorry, No Man’s Sky on Switch.) I feel like this rapid-fire pace of announcements works wonders for gamers, and while I know there are still a few titles from both companies that still need more details announced, these showcases paved the way to an amazing 2023 and beyond.

Get your holiday wishlists ready, because we’re moving full steam ahead! 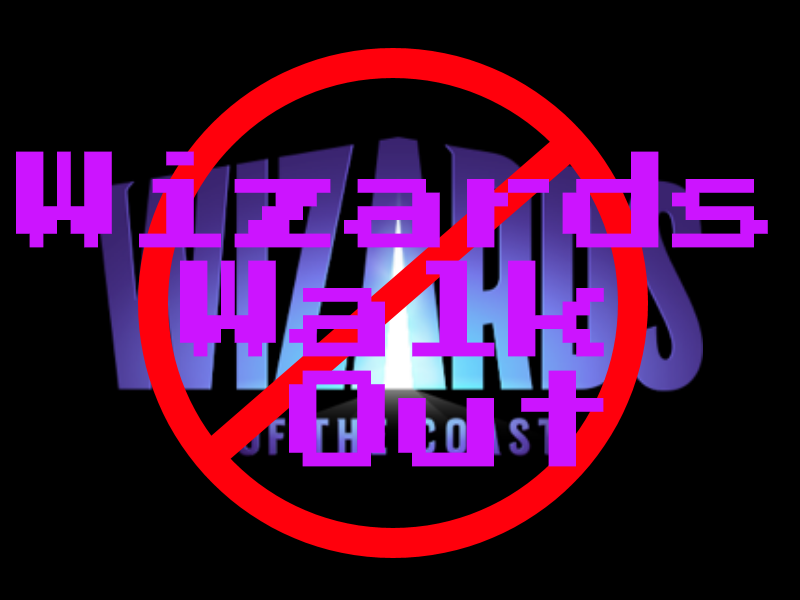 If you are interested in supporting those in need, we recommend checking out this website for more information.

In a shocking turn of events that we haven’t seen in a long time, an unknown number of Wizards of the Coast employees planned a walk-out today in response to an internal memo about the overturning of Roe v. Wade.

A group of anonymous employees at Wizards of the Coast (WotC), the same people who make Magic: The Gathering and Dungeons & Dragons, planned a public walk-out today, June 29th.

As per the Wizards for Justice Twitter account to represent this group, the reason for this is due to an internal memo from Wizard’s parent company, Hasbro. In this unreleased memo, Hasbro has delivered a tone-deaf message about abortion rights and bodily autonomy.

While we don’t have any evidence of this internal memo, Hasbro has not made any public comments about the recent Supreme Court ruling, during a time when a large number of companies are coming out to aid their workers who may need to now travel out of state to places where their rights are protected.

Why Does This Matter?

Abortion rights are human rights, and there is nothing else to say about it.

Wizards has been relatively progressive in the last few years, including more LGBTQ+ representation in their D&D and Magic IPs, even creating a new Secret Lair for Pride Month, where half of the proceeds go to The Trevor Project.

However, in the current political climate of the United States, hundreds of thousands of women have now lost fundamental rights to their bodily autonomy. The time to take a stance on the issue is now .

For a parent company that employs over 5000 people and two significant IPs that are both unilaterally enjoyed by all, it’s a terrible idea for the company to stay silent or not publicly support the employees who help foster and grow their brands.If you are interested in supporting those in need, we recommend checking out this website for more information.