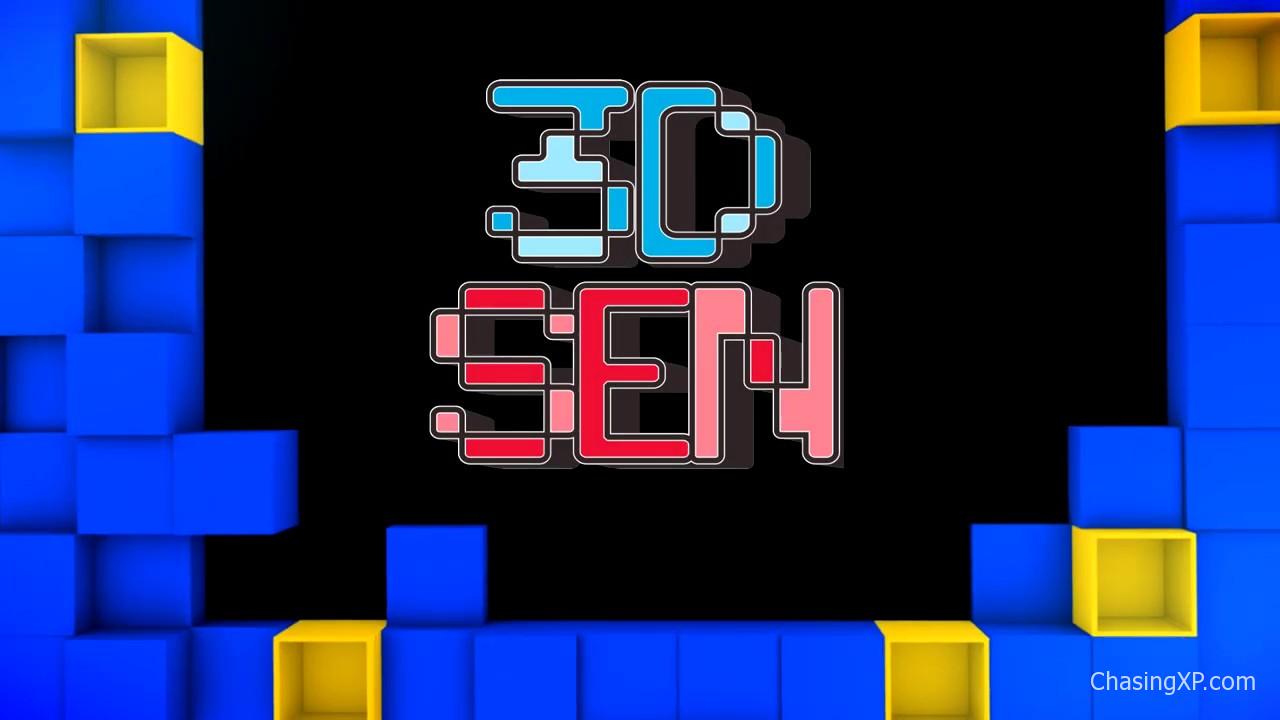 Geod Studio is an army of one. Truc is the fiendishly clever developer behind what is considered the foremost 3D NES emulator. The twist? 3dSenVR is available in VR – which takes immersion to a whole new level.

Available on Steam and Itch.io, 3dSenVR will ignite your retro fire, and take you back, while simultaneously keeping you in the future, as you jump, run, fight, fly and more in virtual reality.

We wanted to know how Truc came up with the concept, and how he managed such an incredible project on his own. Here is the interview.
Links, videos and more information can be found at the end of this article.

Hey Truc! What an amazing project 3dSenVR is. We saw that you have been working on it since 2015. What gave you the idea back then?

Well NES console was my first ever gaming system and always have a really special place in my heart and my mind. Similar to many other children at my age, I had many imagination of how the game worlds look like in 3D. Fast forward to 2015 I was a developer working for an out-sourcing company. The job didn’t fit me well and I lost all the working motivation. The repetitive work [and bureaucracy] was really killing me; I really wanted to work on something original that I loved.

I started asking myself why I didn’t do something special [for myself]. That was when everything began, and as people often say the rest is history.

What got you started in game development originally?

It comes to me the most natural way possible. When I was a kid, I loved playing computer games like crazy and often skipped school to play/watch other kids playing. Since 4th class in 1989, I learned in a special school for pupils with special capability in math. They did also teach programming quite a bit because math and IT are close domains. But some of us are [only] interested in gaming not programming. When I grew up a bit we naturally shifted our interest from playing games to game creation. That was the time we decided to switch from math to IT.  Classmates who didn’t like gaming followed the math path and we who love gaming followed the IT path. That’s my story : )

What was the first game you wanted to play through on 3dSenVR?

The interest in the emulator has been incredible, and you’ve shown you like to be close to the community. What’s the most requested feature that you have implemented/are planning to implement?

This is the support for the game Punch Out. I’m planning to add support for it at some point in the future. Imagine you control the character by throwing punches yourself… makes me really excited.

Punch Out is an absolute classic. Making it into a VR first person would just be incredible. Is this something you have developed in the past, or will this be 100% new to you?

I gave it a quick try in the past but quickly realized that’s not something easily solves while there are other games with equal interest from the audience which I can quickly solve and support. So I left it and will come back later at a point in the future with more skill and experience.

…and which game has proven to be most popular with retro gamers?

Super Mario Bros as you can guess. Everyone knows and loves it already so they want to try it first with 3dSen.

The project cleverly takes advantage of VR, but not in the traditional sense of a shooter, driving or other genre of VR game. Do you think the VR industry is going in the right direction, or is there not enough diversity?

Well we are still in the early stage of this current VR technology area (there were already some VR waves in the past). The tech still evolves fast and there are still many things to explore and imagine. I wouldn’t say right or wrong but I would say as of a VR enthusiasm it’s a very exciting time to be alive.

Have you been disappointed with Nintendo’s lack of VR development?

No I’m not disappointed at all. It seems to me that Nintendo philosophy is a little bit similar to Apple. They are never the revolutionists but most of the time they do provide the best and unique experience (all aspects around) to their loyal users.

How difficult was the overall development process – were there any bootstrap methods you could build on, or was it entirely from scratch?

The most difficulty I met in the overall development process is the mentality aspect. I have to constantly fight against myself and keep the motivation up. There is nothing like a bootstrap method cause there is no similar work like 3dSen in the past. I have to let my imagination fly then try to find a practical solution for it then repeat the process : ) That’s my methodology.

I see the project rather like an inner up-hill battle against myself.

Was there ever a point where you thought you bit off more than you could chew – with such a massive retro gaming audience anticipating the launch?

Never. Big or not, it is how we evaluate our resource and how we limit the project scope to match it. It’s true that when I first showed my project to the public, there are some people liked it but there are also some people hated it and even talked shi@t about it. I was a little bit shocked at first but I quickly realized that no matter what I do there are always likers and haters.

So it’s all up to me. Am I capable of creating a solution for my vision, of polishing it, of finding the right audience without losing the motivation in this (very very long) process? I see the project rather like an inner up-hill battle against myself. So no, no outside pressure at all!

Was you shocked at the popularity of the project when first build was released for browsers back in 2016?

Yes I’m truly shocked, it’s covered by all big tech sites and people talked about it everywhere. For the up-coming launch not that much of a shock as you stated above: I interact quite closely with the community.

What were the biggest challenges you overcame?

Winning against myself to maintain the motivation. There are time continuously in several weeks I kept turning on my PC then read news after news the whole day until I was completely tired and fell asleep. Those are the hardest times when I lost all the motivation. Luckily I overcame it all in the end.

What are you most happy about with 3dSenVR?

I’m most happy and proud with the profile for DuckHunt game. From a 2D game it completely turns into a real 3D first person shooter game. This is 3D gameplay; I mean the ducks really fly in all 3 dimension and you can move and aim from whatever angle you want.

What advice would you give to any indie game developers that are inspired by the originality & concept of your work?

Well I was almost a loser and there is a big luck factor involving the moderate success of 3dSenVR release on Steam. So I don’t think i’m in the position to give advice to anyone : )

Do you have any plans for other development projects besides 3dSenVR?

Yes in my vision, once I’m done with NES I will probably move to another 8-bit console like GBA or Master System. 16 bits console graphics are way too complex so I prefer supporting another 8-bits system.

Thanks so much for the interview, Truc. It has been a pleasure talking to a true pioneer in VR development. Even better that you are an indie game developer who is unafraid of pushing boundaries. Truly inspirational!

Thank you for the selection. It’s really my honor!