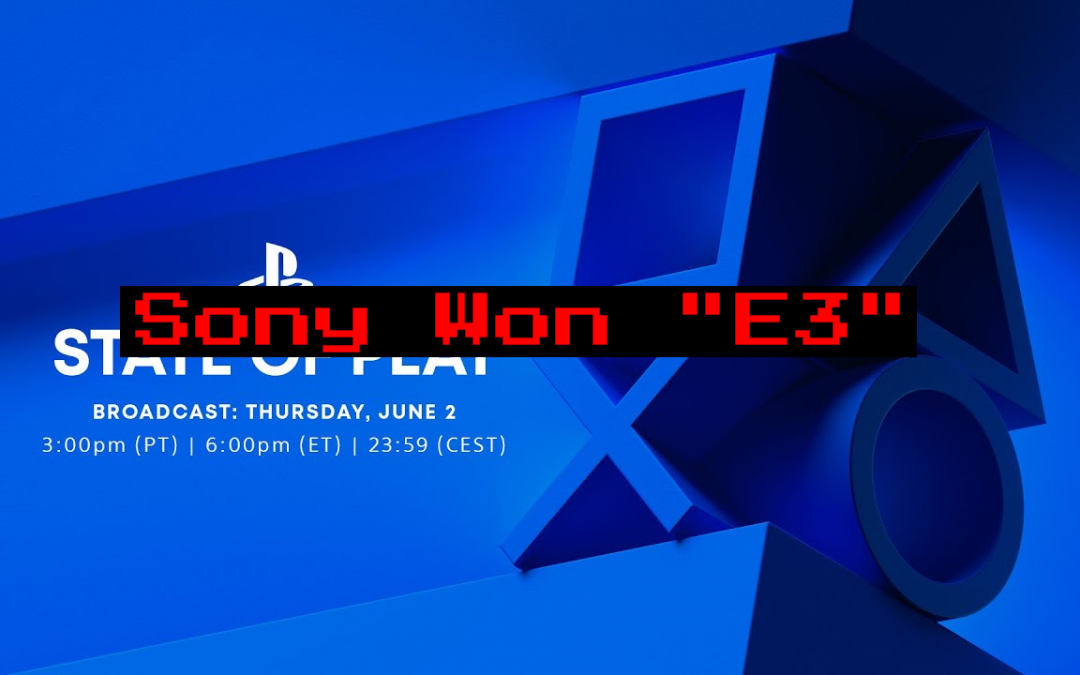 It’s been more than two weeks since the Sony State of Play premiered, and I still can’t stop thinking about it. Even after the countless Summer Game Fest livestreams and surprisingly shocking Final Fantasy VII anniversary showcase, I’m walking away thinking the Sony State of Play stream reigned supreme. It was a nonstop flurry of game news and announcements, plus some showstopper premieres that everyone was waiting for.

The main advantage the Sony State of Play had over the main Summer Game Fest stream was the shorter length. While the latter’s livestreams would last hours on end, the Sony State of Play ended up clocking at under 30 minutes. Taking from a page from the Nintendo Direct’s book, there were a total of 13 games announced, which was nearly one game announcement every two minutes.

I like developer commentary and behind-the-scenes footage as much as the next gamer, but respecting my time and showing me what I came for is refreshing in the age of talking heads and teasers of teasers. The Sony State of Play also knew how to manage its time, with a range of indie releases sandwiched between some heavy hitters. The pacing was relentless and entertaining, and it didn’t dwell on any one mood for too long.

Speaking of heavy hitters, who was expecting another iteration of Resident Evil 4 at the Sony State of Play? (Okay, everyone was, but it was still a great debut!) There was a lot to love here, featuring graphics made from the ground up in the new RE Engine and a new third-person mode. While the “haha, ANOTHER Resident Evil 4 remake?” joke rings true, there’s something about how the reimagining of the survival horror title still manages to impress even after countless generations of video game hardware.

Speaking of Resident Evil, we also got a glimpse of some new DLC for Resident Evil Village, which includes some choice footage of everyone’s favorite overgrown villainess, Lady Dimitrescu. But what could prompt another REpeat (sorry, I had to take it) playthrough of the game for veteran fans?

Back (PSVR) 2 the Future

It seems that the Sony State of Play offered up an inside look at the recently unveiled PlayStation VR 2 headset, which is currently in development. I personally just took up playing in the virtual reality space last year, and oh boy it’s something that I can see myself getting into in the coming months.

Seeing as how I skipped the original PlayStation VR headset, seeing the enormous amount of support that the PlayStation VR 2 received during the Sony State of Play made me feel like they’re in it for the long haul. Besides the aforementioned RE Village port, we also got word that No Man’s Sky will also be supported for the PSVR 2. Considering the underdog journey that Hello Games had gone through with that game, I’m excited to have PR players finally experience one of the best VR titles for PCVR.

In terms of brand-new titles, we got some more footage of Horizon Call of the Mountain as well as The Walking Dead Saints & Sinners Chapter 2: Retribution (which is a mighty long title, if I say so myself). Honestly, if not for the other big hitters in this showcase, I would have already called the State of Play a winner at this point. I’m going to be guessing we’ll be seeing a PSVR 2-centric State of Play in the next few months, but a writer can dream…

I have no dog in the fight when it comes to PlayStation games coming to PC since I’m a diehard console fanboy, but I’m glad that Marvel’s Spider-Man will be heading to PC very soon. It’s one of these moves that makes me glad that more gamers will be able to play one of the best superhero games last decade, and I definitely can’t wait for the mods that will inevitably come out of this new version.

Of Indies and AAAs

Finally, I wanted to lump my thoughts on the last few titles shown in the Sony State of Play together, which all vary in shape and form.

Stray is probably my highlight of the showcase due to how adorable and realistic the premise of controlling a cat in the neon dystopia of a cyberpunk-esque town. This title really shows how far the independent gaming scene has gotten; the graphics really look like something a AAA studio would have made years ago, but the fact that small teams can come up with something this beautiful is charming. It was also a great way to reference the new PlayStation Plus tiers (as the game will be available for Premium and Extra subscribers).

While personally still confusing for the general public, this was a great way to sweeten the pot for anyone still thinking to upgrade their PlayStation Plus membership.

In my eyes, the Sony State of Play for June had a great mix of titles for everyone, and it shows gamers that the PlayStation brand is prepping the big guns for the coming years with huge titles like Street Fighter 6 and The Callisto Protocol on the way.

Of course, these games were wedged between things like Eternights, Season: A Letter to the Future, Rollerdrome, and a Tunic port as well. Even the most jaded gamer had at least one thing to enjoy in this showcase, and the rapid-fire presentation with minimal fluff made for a speedy watch.

And finally, boy howdy was that Final Fantasy XVI footage a sight to behold! While last week’s 25th-anniversary stream of Final Fantasy VII ultimately overshadowed it, spending more time with the story and characters of Final Fantasy XVI while also announcing a release date (Summer 2023; a bold move, to be sure) was a great way to cap off an already bustling State of Play presentation.

With June almost over, the “Not E3” E3 week demonstrated why we need E3 more than ever next year. First of all, it wasn’t even a WEEK. I feel like most of the official Summer Game Fest livestream presentations were bloated with banter and mostly uninteresting behind-the-scenes footage. Most of the specialized showcases (looking at you, Sonic) just couldn’t hold enough content to justify a separate video event.

If any event screamed, “It could have been an email!” most of the presentations would be it.

That said, the Sony State of Play surprised me immensely. It was a tightly succinct showcase with some developer input peppered in, but mostly it did what great showcases did best: Showcase games.

The State of Play was a great way to have indie representation alongside AAA greats without the video teetering too much between either. I honestly think PlayStation has a great year ahead of them, and if they can keep the momentum with future virtual events, they will be a force to be reckoned with this generation.